An Enterprise Architecture Framework (EAF) maps all the software development processes within the enterprise and how they relate and interact to fulfill the enterprise’s mission. It provides organizations with the ability to understand and analyze weaknesses or inconsistencies to be identified and addressed. There are a number of already established EAFs in use today; some of these frameworks were developed for very specific areas, whereas others have broader functionality. This study provides a definition of several frameworks that can then be used for guidance in the selection of an EAF that meets the needed criteria.

What is the framework?

Zackman’s framework is a comprehensive and general framework that can be used in many fields of application with its flexible features. This framework was a basic model for the development of the organizational architecture planning methodology in 1992, and the combination of these two created the federal framework (1999) followed by the Treasury framework (2000).
Although today the Zakman framework is somewhat outdated and does not meet the needs of the day, it is still considered a reference and source for organizational architecture, so that the new concepts and frameworks developed according to the needs of the day and new knowledge, the idea They have taken their initials from this framework and shaped it according to their special needs and conditions.
Today, John Zackman believes that his framework plays the role of “a thinking tool”, helping architects and managers to separate and organize domains and aspects. Zackman’s architectural framework has had a direct impact on most subsequent frameworks and architectural concepts.

– It is easy to learn and work with it.
– It is comprehensive and comprehensive, it covers all perspectives and aspects
– It is based on a set of basic descriptions called architectural models
Disadvantages of Zackman framework:
– There is no discussion about security, Zackman only a note on this matter There is no writing or explanation in this regard.
– A discussion about standards, rules, and transfer strategies has not been done. The motivation column can perhaps be combined with transitional programs and a strategic view.
– Some columns, such as time and motivation, are not as useful as other columns
– The framework does not have a specific methodology and tools.
– How to align information technology with business has not been determined.
– Failure to pay attention to the relationship between the aspects with each other, an issue that was taken into consideration later with the introduction of mapping matrices between the elements of the columns with each other by architectural methods.
– The framework (and models) have no rules.

Although in most of the texts Zackman’s framework is mentioned as the first architectural framework of information systems, it must be said that the effort made by the US Department of Defense in the direction of information and communication systems architecture is independent of Zackman’s framework and the issues raised in It was. C4ISR, which was initially developed for the architecture of communication and information systems in the scene of military operations, has gradually opened its place as a premium solution for dealing with architecture in other fields as well. The C4ISR framework, unlike Zackman, which included six perspectives, consists of three perspectives that have major differences. These three views are:    – Operational point of view: This point of view describes the duties and functions of the operational nodes and the flow of information between these nodes in order to carry out military operations. By using graphic symbols, nodes, and operational elements, how to perform and support operations, and how to circulate and exchange information between nodes can be specified.    – System perspective: This perspective describes information systems and how they communicate in order to carry out or support a military operation. What has been shown to be the role of technology in helping to perform military missions better is described here. From the operational point of view, to enter the system point of view, operational nodes are replaced by information systems, and distances are replaced by information transmission lines.    – Technical point of view: This point of view describes the rules, specifications and requirements determined for each system in order to achieve its defined goals and tasks. In fact, the purpose of this point of view is to ensure the compliance of the system’s performance with the expectations asked of them.

In 1996, a law known as Klinger Cohen was passed in the US Congress, according to which all US federal departments and agencies were required to create their own information technology architecture. The responsibility of formulating, modifying, and implementing integrated information technology architecture in each organization was assigned to the chief information officer of that organization. In 1998, based on the same law, the Council of Chief Information Officers was required to provide a single solution for the development, support, and facilitation of the implementation of the information architecture of government systems. The Federal Organization Architecture Framework was developed and regulated in September 1999 by the Council of Chief Information Officers of the United States of America.This framework is made up of 4 levels and 8 components, in the upper levels, plans and macro strategies are proposed, while as we move towards the lower levels, we deal with more detailed plans and specifications, until finally at the 4th level, the FEAF products matrix We find that it is the basic framework of Zackman (this matrix includes three aspects of data, process and place, which are classified in five perspectives: planner, owner, owner, builder, and contractor).Unlike Zackman, FEAF does not only introduce the framework and products but also specifies the method and how to establish the architecture. In the FEAF documents, Mr. Spivak’s “organizational architecture planning” methodology is mentioned as a guide for doing architecture.

Weaknesses of the federal framework:

– Although the federal framework has used transitional standards and plans as part of the architecture, it has not specified how these standards should be organized and used.    – No guidance has been provided regarding the transition plan    – Although the need for a model repository is mentioned in the federal framework documentation, no explanation or suggestion has been given.    – There is no guidance on security.    – The federal enterprise architecture framework is provided as a “guide” for federal organizations and is not “mandatory”.Strengths of the federal framework:This framework is an important step in defining the elements and components of organizational architecture. Unlike Zackman, who only deals with the framework of products and models, here strategic goals and needs of transition (transformation) are also discussed. Spivak’s organizational architecture planning methodology is mentioned as the establishment method and the architectural layers are described.

The origin of this framework goes back to C4ISR, which was published in 1996, the development of C4ISR was done with the aim of creating descriptions and complete and interactive architectural models for complex military systems or a system of interactive systems. The models introduced in DODAF are more than the needs of most organizations and usually, each organization uses a number of these architectural models according to its specific needs and conditions.

The treasury framework is based on Zackman, Federal, and C4ISR frameworks and was presented under the title of guidance on the architecture of the Ministry of Treasury and its departments in 2000. Treasury’s organizational architecture framework is a combination of the federal architecture framework with the C4ISR framework, whose products are very similar to the C4ISR products, although the framework and matrix of its products are more similar to the federal framework.The US Treasury Department’s IT Strategic Plan is based on the goal of “developing, maintaining, and providing guidance for implementing IT architecture for the Department.” In line with this program, in July 2000, the US Department of Treasury defined its architectural reference framework called TEAF. The purpose of this framework is:    – To guide the departments and different departments of the treasury to produce the architecture of information systems    – Providing integrated and common concepts, rules, technology, and standards for the production of Treasury Ministry systems    – Providing a standard format for describing organizational architecture.The TEAF matrix, which is used to formulate a simple and uniform structure for the entire framework, includes 4 aspects (performance, information, organization, and infrastructure) as columns and 4 perspectives (planner, owner, designer, and builder) as rows of the matrix. The significant point in this framework should be considered the use of the best successful experiences so that the product matrix of this framework is consistent with the reference framework of Zuckman and FEAF. The work products that are produced and developed during the architecture process should be prioritized. Basic work products that are important to any organization are known as “essential” work products and other work products that may be needed in some organizations are called “support” work products.

Rassa Co. is one of the best Custom Software, Mobile App Development, and Website Development Companies with a Development Center in India and Sales Offices in the USA, Canada, and Paris. We are honored to be CMMI Level 3 certified, successfully defining our engineering processes operating at maturity level. Our process areas include Decision Analysis and Resolution, Integrated Project Management, Organizational Process Definition, Organizational Training, and many more in the bullet list. We are a leading IT company in France that offers a professional and certified development solution for your needs.

Professor Siavosh Kaviani was born in 1961 in Tehran. He had a professorship. He holds a Ph.D. in Software Engineering from the QL University of Software Development Methodology and an honorary Ph.D. from the University of Chelsea. 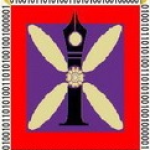 The KSRA research association team partners with local under-served communities around the world to improve the access to and quality of knowledge based on education, amplify and augment learning programs where they exist, and create new opportunities for e-learning where traditional education systems are lacking or non-existent
WE FOCUS ON KNOWLEDGE-BASED ON EDUCATION

Maryam Momeni was born in 1970 in Tehran. She holds a degree in Literature - German language from the Melli University of Tehran.
As an assistant administrator, my duties will include overseeing and analyzing financial operations, approving purchases and expenditures, mediating between staff and other executives, appointing heads of departments, marketing and promoting the business, and facilitating training programs. My expertise in streamlining business operations will help the organization thrive and maximize efficiency and profits.

Like Loading...
PrevPreviousHow to be successful in remote work?
NextWhat Is The Application Of Artificial Intelligence In Education?Next